We are excited to welcome mezzo-soprano Iryna Zhytynska to TACT's roster for General Management.

Iryna Zhytynska’s recent and upcoming engagements include her debut at the Theater an der Wien as Irene Belisario, Carmen at the Finnish National Opera and  Charlotte Werther at the Polish National Opera.

Zhytynska starred in the productions at the Teatro Real Madrid, Teatro la Maestranza Sevilla, and Teatro Arriaga Bilbao as Zefka in Janáček’s Zápisnik zmizelého. The mezzo came to international prominence with her portrayal of Olga in Eugene Onegin, a role she reprised at the Teatro Regio Torino, Teatro ABAO-OLBE Bilbao, Ukrainian National Opera in Kiev. Her Maddalena Rigoletto could be heard in Bilbao alongside Leo Nucci, Carmen at the Finnish National Opera, as well as in Azerbaijan State Opera Baku, Romanian National Opera and Wrocław Opera. Additional highlights include Octavian in Rosenkavalier and Giovanna Seymour in Anna Bolena at the Stadttheater Passau and Nicklausse Contes d’Hoffmann at the Krakow Opera.

As a former member of the ensemble at the Wrocław Opera she garnered critical acclaim singing the title roles in the premiere productions of Saint-Saëns’ Samson et Dalila and Bizet’s Carmen. Other roles in vast repertoire include Fenena in Nabucco, Emilia in Otello, Cherubino in Le Nozze di Figaro, Zerlina in Don Giovanni, Dorabella in Così fan tutte, Konchakovna in Borodin’s Prince Igor and in Mussorgsky’s Boris Godunov as Marina Mnishek. 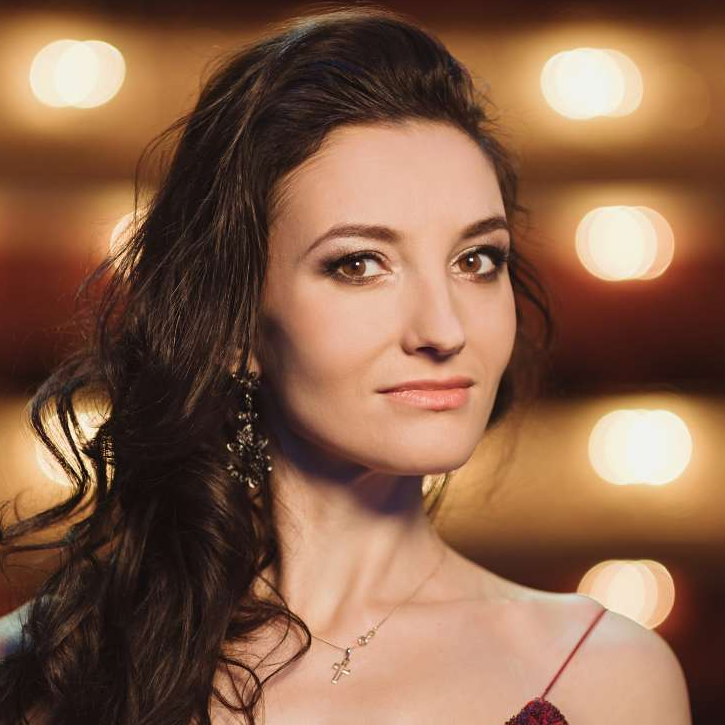